Cosmetic Dentistry in Hungary: Everyone’s Talking About It!

Thousands of people undergo cosmetic dentistry in Hungary every month: it’s cheap, it’s fast, Hungarian dentists are world-class, their equipment is modern, and you’ll be in the heart of Old Europe during your treatment. 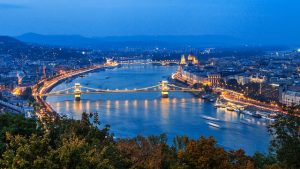 Budapest is one of Europe’s most attractive cities, a health center for centuries

Each year, more than a million “dental tourists” cross Hungary’s borders to get their teeth done, most of them from neighboring Austria. Many more come from across Europe, especially the United Kingdom, and from as far as the US or Canada.

Dental tourism in Hungary is so popular among foreigners that some European agencies even specialize in full packages including travel, hotels and dental treatment, all handled by a single agency.

Hungary already had a strong reputation as a Dental Implants center, and this was reinforced after the fall of the Berlin Wall with the upgrading and modernizing of the country’s dental facilities. Clinics that cater to foreigners are undeniably modern, using such equipment and procedures as computer-controlled dental chairs or plasma or laser tooth whitening. For a dental implant, Hungary will have prices up to half those of Western Europe.

With Hungary’s accession to the European Union in 2004, Hungarian dentists are now also subjected to European legislation, especially for health norms and consumer legislation, so this makes cosmetic dentistry in Hungary as reliable and safe as anywhere else on the continent. 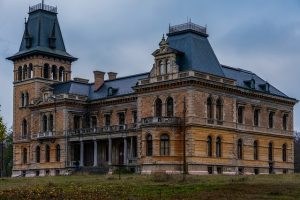 Castle of Mosonmagyaróvár, a spa town with many dental clinics

Dentists in Hungary are highly qualified and its universities train students from around the world. After receiving their degree (taught in German and English as well as Hungarian) most dentists top up their training in Germany, Sweden, Switzerland, the UK or the US. As a result many speak absolutely fluent English.

Hungarian dentists, unlike those in many countries, are actively encouraged to stay abreast of new developments. To maintain their accreditation, dentists must accumulate a certain number of points each year, which they build up by attending seminars, workshops or undergoing additional training.

Dental tourism in Hungary has received plenty of media coverage, including feature stories in such reputable news outlets as The Telegraph in London, the New York Times, USA Today and the BBC.

Dental clinics are located all over the country, although there are higher concentrations in certain areas.

There are plenty of dentists in Budapest, Hungary’s capital, which some consider Central Europe’s most beautiful historical city.

Not surprisingly, clutches of dental clinics lie near the Austrian border, both around Mosonmagyaróvár (a thermal spa town whose waters are among Europe’s best) and Sopron, which lies in one of the country’s premier tourist areas.

Cosmetic dentistry in Hungary isn’t limited to these two towns: you’ll find qualified dentists across the country, for example in Heviz, another spa town, or in Debrecen, Hungary’s second largest city.

Is cosmetic dentistry in Hungary for you?

Are you someone who…

When it comes to dentistry Hungary takes it seriously: it’s big business for the country’s economy, with estimates of its contribution ranging from US$ 200 million a year to one billion.

Given its popularity cosmetic dentistry in Hungary has understandably bred some scams along the way, with a number of less reputable cosmetic dentists beginning to make an appearance.

So use your good judgment, as you would with any health care. Ask all the right questions, and do your research as thoroughly as you can.

Top of Cosmetic Dentistry in Hungary