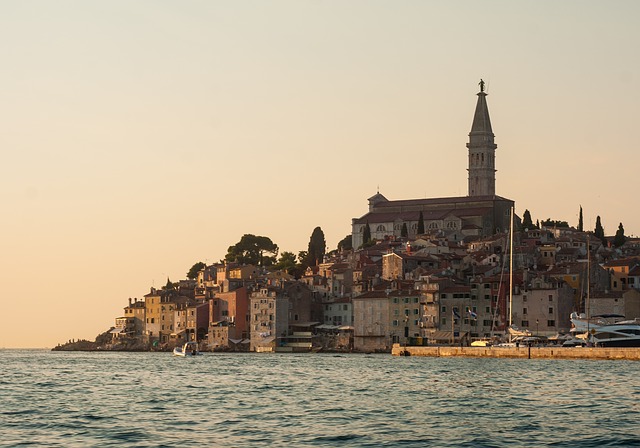 Rovinj Harbor at dawn… reminds you of Italy, doesn’t it?

When it comes to Dental Implants tourism, Croatia is fast styling itself into a major player. There are excellent dentists throughout the country, but the real draw for many sun-lovers is the extraordinary Adriatic Coast.

It’s hard to believe that as recently as the mid-1990s, Croatia was plunged in war as Yugoslavia broke up. Some of the most beautiful sites were bombed, yet you’d never know it today.

Croatia has since recovered to become a modern democratic nation-state and part of the European Union.

Its dental prices have remained significantly lower than those in the rest of Europe or North America, and the country is rebranding itself as a top dental travel destination.

Here are some price examples, although these can vary widely between clinics and cities, so always ask for a quote. You’ll find Croatian dentists are quick to turn these around and to oblige as they’re quite keen to get the business.

NOTE: prices are indicative of those posted online by dentists in Croatia – some may charge more.

Low prices don’t prevent dentists from being clean and modern, as dentists in Croatia are as well educated as in the rest of Europe. All dentists follow a five-year course of study at Zagreb’s School of Dental Medicine (established in 1922) although the University of Rijeka also teaches several dental specialties. University studies are followed by one-year practical internship and all students must undertake this before they sit their national exams. They then specialize, either within the country or abroad, often in Western Europe or North America.

Dentistry has been practiced in the country since 1777 and the entire range of treatments is available, although the most popular seem to be dental implants and cosmetic procedures.

Dentists are increasingly setting their sights on an international clientele and are creating extensive websites in English – which many of them speak fluently. Croatia still hasn’t supplanted dental tourism in Hungary, Europe’s most developed destination, but it is catching up fast by modernizing quickly and keeping its prices way down.

If you’re paying cash, make sure you say so because many clinics give discounts of 5% and even 10% if you forgo your credit card.

With its amazing coastline, rich history and abundance of medieval ruins, Croatia is becoming a major competitor in the dental tourism sweepstakes, whether you book your dental work yourself online or use one of the many medical tourism agencies that organize trips for patients abroad. 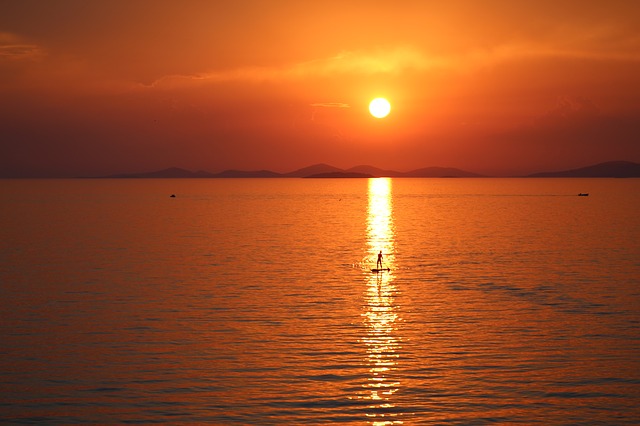 Sunset on the Dalmatian Coast, Croatia

Croatia’s 1185 islands and lengthy coastline make it a paradise if you love the sun and sea. You could even be forgiven for thinking you’re in Italy at times – it’s just across the narrow Adriatic Sea and the sun-baked Mediterranean architecture is often similar.

While working to attract dental tourists, Croatia is also a health tourism destination and has been known as one since Roman times.

In fact the term “health tourism” was coined here back in the mid-19th century and the country has many health centers and spas, a great way to spend some additional time when you’re not in the dentist’s chair. Numerous package deals include hotel stays near the beach, and some provide access to spas and fitness centers.

In addition to dental tourism, Croatia is superb for other kinds of health tourism, so why not get the rest of you back into shape!

It’s already a fast-growing holiday destination, a short and inexpensive two-hour flight from the UK and direct connections from France, Germany, Italy, Switzerland and Austria, to name just a few. Croatia is accessible by low-cost airlines, and its own carrier, Air Croatia, is excellent.

The country’s Mediterranean climate makes it easy to combine a visit to the dentist with a holiday. Even in winter, the weather is mild, so a visit to a spa or a tour of the country’s coastline and picturesque villages would be a welcome diversion from the dental seat. With more than 11 million tourists a year, Croatia is already one of the world’s top 20 travel destinations.

What can you enjoy during your dental holiday in Croatia?

There’s certainly no shortage of things to entertain you during your experience of dental tourism in Croatia. If you choose your season well, you may never want to leave!

If you’re considering Croatia, Dubrovnik is a wonderful possibility – especially if you love the sun and the sea.

Dental tourism is also popular in neighboring countries – why not visit a Serbian dentist for example, or a Romanian dentist? And there are plenty of dentists in Bulgaria who speak English and cater to foreigners.

If you’d rather try a slightly more exotic locale for your dental vacation, there are excellent dentists in Turkey, where you can visit the remains of the Ottoman Empire, so some incredible shopping, and sample the relaxation of a hammam, or Turkish bath.