When you think of getting your teeth done overseas, dental travel to El Salvador wouldn’t necessarily be the first thing that comes to mind – but it might soon be.

Many people remember El Salvador as a war-torn country. As recently as the 1980s, it was plunged into a civil war as vicious as it was destructive. It left the country poor, unsafe and underdeveloped. 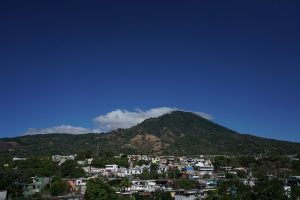 All that is history. These days, El Salvador is an up and coming tourist destination, filled with hospitable people and bursting with investment. It still has a bit of a reputation for roughness, but what violence remains tends to be gang-related and most visitors never see it as long as they stay away from dicey neighborhoods at night – which you would anyway. The warnings are mostly based on memories of the civil war, not on what’s actually happening today.

The Salvadorean government has decided to make dental travel to El Salvador a mainstay of its foreign investment and economic outreach program. As a result it’s paying special attention to the dental sector and making sure standards are brought up quickly to meet the needs of a demanding international clientele.

What does that mean for you?

By choosing El Salvador for your Dental Implants work, you can expect to find several modern clinics, with well-trained dentists, in sparkling clean surroundings. But the main advantage, of course is cost.

NOTE: prices are indicative of those posted online by dentists in El Salvador – some may charge more.

While cost is a major reason to try dental travel to El Salvador, it’s certainly not the only one:

Some call it the 30-minute country – because most attractions are within half an hour of the capital. Perhaps not quite, but it gives you an idea of how very small this country is, smaller than the small US state of Massachussetts and the smallest in a region – Central America – of already small countries.

Add to that a good road network and proximity of major tourist venues and the attraction of coming here becomes obvious.

El Salvador may not be the first place you’d think of for dental care overseas but the government is doing everything it can to turn the tiny country into a premier dental tourism destination.

There are plenty of things you can do while visiting a dentist in El Salvador!

Part of the advantage is the country’s small size, with most places within easy reach of the capital, San Salvador.

If you are keen on getting your dental work done in Central America – mountains, beaches, history – you will probably find Costa Rica dental care an interesting alternative. Dental tourism in Panama is also a great possibility!